(Disclaimer: this is by way of being a memoir. After 33 years, memories tend to get a little fuzzy around the edges. If you notice something that you remember differently from me, please don’t disillusion me. Thank you. 🙂 )

(If you missed the earlier posts, you can find them here: one and two.)

Any hesitation in making a decision to fly to Portugal in the summer of 1978 lay in the necessary financial commitment on my end. VISA credit cards were still somewhat of a novelty, and I was certain that the airline would not accept my Strawbridge’s credit card. When you make around $6000 per year (before taxes), even in 1978 the necessary expenditure was an impossible commitment. I nearly had to say “No.” Then, my dad stepped in and offered to lend me enough to supplement my budget. He said that I could pay him back when school started back up in the fall.

I went to a travel agency in town which took care of my passport photo, and my travel arrangements. I had never flown anywhere on my own, and was all in a dither getting things together. No one wanted to drive me to New York City, (go figure) so I reserved space in an airport limo.

In late June, or early July my whole family spent two weeks at the beach. Someone my dad worked with had a cottage on Fenwick Island, Delaware. We had been going for several summers. Our routine included cooking meals ahead, and keeping it simple when we were at the cottage. Another ritual included my mom putting together a jig-saw puzzle, and my oldest brother taking one of the pieces and hiding it. My oldest brother had joined the army by that summer, so someone else had to carry on that tradition. I can’t quite recall who it was. 😉 Mostly, we just kicked back and enjoyed sun, surf, and sleep. We kept the possibility of one more family member missing by the next summer in the back of our minds.

Somehow I managed to keep both feet on the ground until the day of departure. The sad puppy eyes that my dad used when he looked at me might have helped that. When the airport limo arrived, it looked nothing like what I had pictured. But, the driver did his job well, and we arrived with time to spare before I needed to board the plane.

The direct flight to Portugal left in the early evening. As we queued up for takeoff, I had time to ponder Harry’s last letter. It was full of the detailed information I needed to get through the airport, and customs. He could not come in and help me get through, but his directions lacked nothing. When I got to the exit, he wrote, he would be waiting for me. He added that I should try to sleep on the plane, because it would be a long day after I landed. Right. At the end of the letter before his signature, he wrote: “I love you” with no further explanation. That pretty well freaked me out. But not enough to keep me from going.

The flight was about seven hours. I wasn’t thrilled about being in a jet hovering between sky and water for seven hours, let alone doing that while trying to sleep, but I tried. I passed the hours reading, thinking, watching the inflight movie, and eating. Shortly after our on-board continental breakfast, the sun came up over the horizon, and we were circling over Lisbon. It was about 7 a.m. Lisbon time.

Even though I knew no Portuguese, Harry’s instructions were clear, and I had no problems. I was a little stressed when I didn’t see him immediately upon passing through customs, but it was only a short moment before he walked in the door with a big smile on his face. He walked over to me, reached out his arm, and shook my hand.

Like Loading...
(Disclaimer: this is by way of being a memoir. After 33 years, memories tend to get a little fuzzy around the edges. If you notice something that you remember differently from me, please don’t disillusion me. Thank you. 🙂 )

(If you missed part one, you can read it here.)

Oddly enough, at age 25, I was not looking for a romantic relationship. I had been disillusioned by the dating game, and was content with my job at the Christian school. My delightful fourth grade students (27 that year) were more than adequate substitutes for having children of my own. I had some friends with whom I could hang out, and was mostly independent. Yeah, well, I still lived in my parent’s home. With my gross salary around $6,000 per year, it was a viable option. And yet, those beautiful red roses perfumed the house even as I resisted their implication.

On Monday, I took a rose or two and put them in a vase on my desk. The students noticed and asked questions, of course. But there was little to say about them at the time. Full time teaching leaves little time for daydreaming and speculation.

I wrote a letter to Harry thanking him for the roses, and told him  that they were beautiful. Then, I added that they had arrived on April Fool’s Day, and waited.

Email was not widely used at that time, so our correspondence always went snail mail. Air mail, to be more exact. Harry’s  reply came in short order. He was, in fact, a tad miffed with whoever was responsible for delivering the roses on April first. He explained that he had asked that they be delivered a week earlier, for Easter. On March twenty-fifth. It was an explanation that didn’t answer my real question. But, then, I hadn’t asked my real question. He had signed off on the letter, “Love, Harry” — for the first time. So, then I had two questions. Given that the whole of my senior year in high school when we were dating, Harry had not used more than maybe 250 of his words at most over the course of the year, I might have made an educated guess. But, I wasn’t quite sure I was ready to know the answers.

Anyone who teaches (or has taught) school knows that once April Fool’s Day is past, the school year runs down to the end in a blink. Achievement tests are added to report cards. Students are already feeling the euphoria that the freedom of summer will bring; it all contributes to the general mayhem.

Harry began writing more frequently, and always signed his letters: “Love, Harry.” I enjoyed hearing about life in Portugal, and continued to reply to his letters. They seemed to be coming more often. Sometimes I’d wonder where he had been keeping all of those words the year that we dated. Occasionally I’d catch my dad looking at me in a forlorn tone of “voice.” After the roses arrived, he, at any rate, had no doubts whatsoever about what Harry meant! And he was feeling a bit depressed about the whole thing.

In early June, I opened a very thin, light envelope with a letter from Harry in it. He wrote that the missions team would be taking a group of Portuguese teens to Germany for camp, and asked me to come along. He said that he would pay my expenses while I was there, and asked me if I could buy my airline tickets. (His salary was also bare bones.) It was my turn to have no words. But I had the feeling we might be getting closer to the answers to my questions.

(I am in the process of editing the first of my Portugal stories. I needed to get up to speed and hope it will help.)

In 1978, April First fell on a Saturday. The balmy day was thrice welcomed after a winter of serial snowstorms, blizzards, and multiple school closing days. The sun was singing our song. My sister Mary and I shared but one thought: beach!

Mary and I had packed what we needed for the trip, and were ready for some fun in the sun. Then the doorbell rang. My dad attended to the door, came back to me and handed me a florist box. I was surprised. I wasn’t seeing anyone, and anyway who sends flowers on April Fool’s day?

I opened the box to find a dozen long stemmed red roses. I dug through the paper looking for a card. They were from Harry (an old flame whom I had not seen for seven years following a bitter disagreement). He had wired them from Portugal where he was the business manager for an organization that worked with teens. I was stunned.

Some time had passed. We both had graduated from college, and I moved to Denver to work as an assistant editor. I dated a couple of men on and off and was engaged to one for a short time. I had heard that Harry had gone to Portugal and we picked up an intermittent correspondence as old friends sometimes do. I moved back to Pennsylvania in 1976 to teach at a church school.

Harry was still in Portugal, and I was in my second year of teaching when the roses arrived. As I arranged the roses in a vase, I tried to make sense of the whole thing. But, the day was fine, and I had no patience for puzzles. I shrugged, and my sister and I climbed into the car and spent a glorious day enjoying the sun and surf. 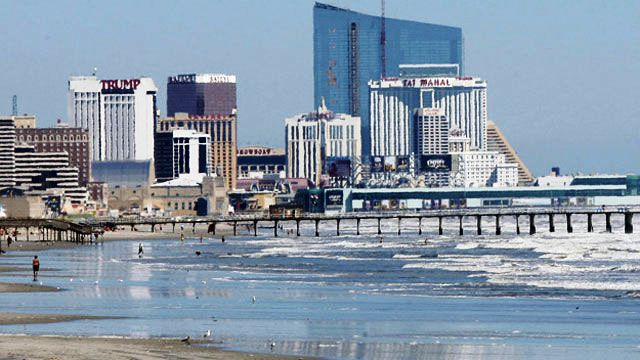