Well, we all had some expectations after the flood. Bethy was expecting to watch the television after the rain let up, and we were back in our own home. Twelve days without electricity was a long time for a two-year to wait, but her expectation came to fruition and she was once again nestled in her chair  watching her Abelha  Maia.

Bethy also anticipated being able to ride her bike outside. That was also an expectation  fulfilled –  but only in part. The garden and the paving stones were in the process of being rehabilitated from the muck and slime. But, she did well on the front varanda safely over the the part of the neighbor’s farm that had come to rest at our abode.

Thanksgiving peeked around the corner and prompted our gratitude for all that we had in spite of the mess. Our house was intact, and we had an electric radiator that we could move from place to place in the cold winter temperature. The rooms all had doors that we could close to keep us warm in whatever we needed to do.

We were healthy, and had enough. Our salary was not generous, but we had enough for our daily bread and a little more. Our expectation was that our Heavenly Father would continue to provide – and He did. We had Elisabeth. Each day I marveled as I saw her growing and learning.

Soon our expectations of Christmas crept up on us. Money and presents arrived from family and friends in the states. It was only Bethy’s second Christmas, and she had few expectations. Nevertheless, we enjoyed shopping for her. We had decorated the tree shortly after Thanksgiving, and her eyes were wide with joy,  wonder and a bit of apprehension. But, we had another expectation in that Christmas tide.

Our other expectation was about a very young lady who had yet to show her face. She had a name (Sarah Susanna) and Harry’s expectation was that she would be born on his birthday, January 7th. The doctor said she could come at any time. With that expectation in mind, we bought Bethy a baby doll named Susie, and a crib to put her in. We hoped thought that it would help Bethy make the transition from only child to  big sister. The time was getting close, but not soon enough for me.

What memories this revives for me.

“But, soft! what light through yonder window breaks?
It is the east, and Juliet is the sun.
Arise, fair sun, and kill the envious moon,
Who is already sick and pale with grief,
That thou, her maid, art far more fair than she.
Be not her maid, since she is envious;
Her vestal livery is but sick and green
And none but fools do wear it; cast it off.
It is my lady, O, it is my love!
Oh, that she knew she were!”
– William Shakespeare 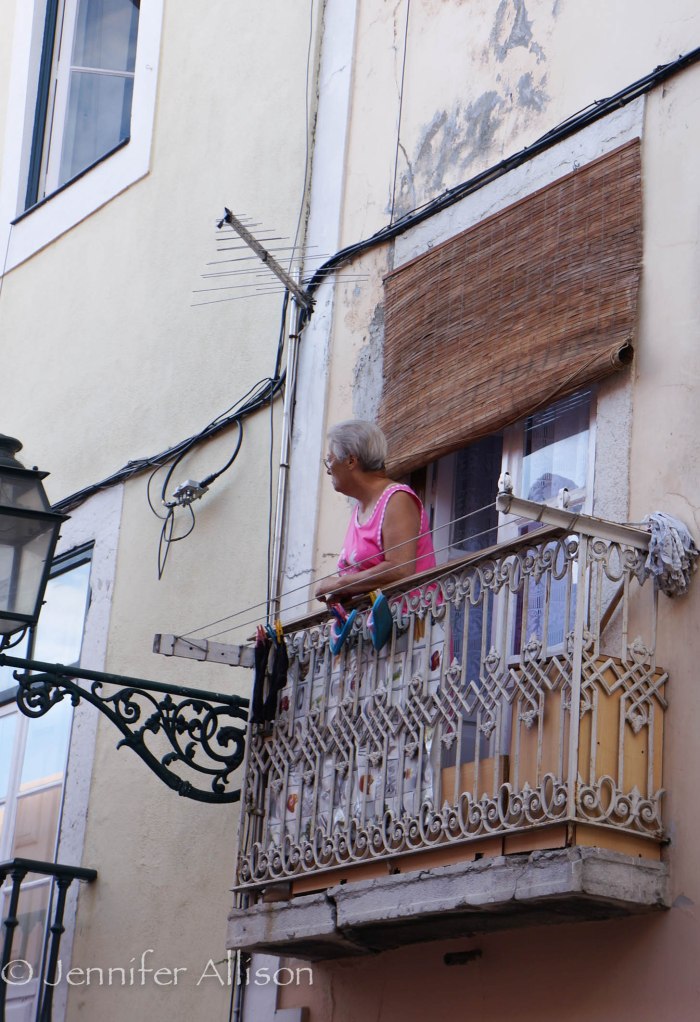 It wasn’t just the television that we missed. My washing machine would not work without “light.” Not a happy thought with a toddler in terry cloth diapers being potty trained. Night came early in November and even earlier when there was “no light.” And there were the clothes and other items that we had stored in the garage under our flat, plus the stench from the mud and drowned livestock. Some of the baby clothes were irredeemable.

No refrigerator meant “to market to market” every day. Milk was the ultra-pasteurized in a box kind, which was better than nothing but did not taste like fresh milk. We were thankful for our propane gas cooker as we tried to create some  kind of “new normal.”  At least I could cook.  I read books to Bethy, and she played with her dolls and dressed up in my cast-off clothes to entertain herself.

The back garden was one deep puddle of river mud. The grasshoppers were not impressed. One sunny day my friend Ana Maria and I opened the windows on the varandas to help dry out the humidity. When we opened the windows, a five-inch-long grasshoppers hopped in. It was some time before I stopped freaking out. The back varanda was, for a time, abandoned.

One morning I decided that while the refrigerator was empty, I could easily clean the inside of it. It was large  for a the Portuguese appliance, but it was short enough that, at 5-feet 8-inches of height,  I could look over the top of it. I got a sponge and a bowl of soapy water and opened the refrigerator. Then I stepped back. The air carried the reek of death. I had missed one small package of chicken livers, and they announced their presence rather strongly.

I always started dinner early so I could have enough natural light to cook. When Harry arrived at home after the sun set – around 7 p.m. –  we ate. Since it was fully dark by that time, we rinsed the dishes and left them in the heavy-duty marble kitchen sink to wash in the morning. The ants, whose homes the flood disrupted, took a little longer to surface than the grasshoppers. I woke up four days into our adventure to a kitchen overrun by the displaced ants. Cleaning up the kitchen by candle light became our romantic evening activity.

We didn’t have to wait as long as Noah did for the flood to end; we had no electricity for only 12 days. I can sympathize with Mrs. Noah in the cleanup afterward though. Some of the things in the garage were salvageable. Thanks to the neighbor, we had our car. And we were not harmed (though we harmed a few ants and grasshoppers). Bethy’s last Christmas as an only child lay ahead, and 1984 would arrive just before her baby sister would arrive.

It is now live and waiting for you to read it here.

Thank you for reading.

As we talked about how to get our two-year old daughter upstairs and out of the flooding, someone outside knocked on the bathroom window. It faced the steps up to the landlord’s flat. Harry opened the window, the landlord told us to hand Elisabeth to him and he would take her up to their flat. Bethy was duly handed through the window, which was large enough for her, but definitely not big enough for her parents to pass through.

Down the steps from our front door we went with me and my baby belly first. I wondered if we would have anything at all after the flood. At the bottom of the stairs, the brown river was already almost up to my shoulders. The neighbors watched us, and told me that it would be easy for me to swim since I already had a beach ball  on my belly to float on. Then, they giggled. If ever I had any dignity, it was gone.

Finally, we reached the top of the stairwell soaking wet and shivering from the cold. Our landlady offered to let us shower down in her bathroom, and I gladly accepted it. The water heater ran on gas, so we even had a hot shower.  They enfolded us up in voluminous blankets and we all sat sitting in the dark which we  alternated with looking out the window at the flooding.

About 6 a.m., dawn reluctantly began to peep through the clouds. The swirling waters rippled like an enormous vat of Hershey’s Chocolate. The water had slowed down and stopped just after it reached the next to the fifth step of our flat. By sunrise, the waters had abated and we were able to trudge back up the steps to our home.

Our flat felt alien to me. The long night had left us exhausted. As a very pregnant woman, I was a bit miffed. The slimy earth was slippery and emitted a peculiarly unpleasant odor.  Everything that we had stored in the garage lay ravaged by the flood. And we had no electricity.

I ventured into the kitchen and opened the refrigerator. We did not have an enormous amount of food in that small appliance, but most of it did not make the cut. I cooked what was salvageable on our gas stove, and reluctantly threw the rest out. That was when Bethy found her way to the kitchen and asked to watch Abelha Maia . Having been saturated in Portuguese language the all night, I  automatically responded in that language: “Não há luz.” Bethy translated it in English as a question: “No lights?” A detailed explanation concerning lights and electricity followed that, sadly, landed on mostly deaf ears. “No lights” became her daily battle cry.

I am aiming to Friday. Thank you for your patience.

The Portugal Years will be here on Thursday this week. Hope to see you hear.