Within two weeks I was certain that the baby was rockin’ and rollin’. Especially right around the time I should have been getting up every morning. It seemed like everyone had a cure for those queasy moments. I settled for a tin of crackers by my side of the bed where I could nibble a few before I had to stand up. By and by it passed and I had more energy. Meanwhile, I started reading all of the books I could find about the upcoming event!

Other times we discussed where we would go for prenatal care and the birth. Some of the Americans flew back to the states to have their babies. Some preferred the Red Cross Hospital where the personnel spoke English. Harry felt we would be well taken care of in the Hospital Particular de Lisboa (a privately run hospital as opposed to the national health care clinics). He had me call the hospital and make an appointment.

Doutor Purificação saw us the next week. She scheduled  an ultra sound and determined that the baby would be born around mid-August. We could see the heartbeat clearly, but not much else. Ultra sound was a relatively new diagnostic tool, and fairly primitive at the time.

Portuguese friends and Americans were excited with us. The field director’s wife made a beautifully embroidered maternity dress that was perfect for the summer weather. My parents began to make plans to fly to Portugal after the baby arrived. My Angolan neighbor was concerned that I was too thin and several times brought meals to me. I was still queasy when she brought a squid stew. The tentacles waved at me from the bowl, but I thought I needed to at least try it, and it was fabulous.

Meanwhile, António Figueira was marrying his sweetheart, Ana Maria. So, on April 18th, 1981 so  we rode down to Beja to his the church there. The families had been cooking and baking for days getting read for the festivities. It was an amazing, but tiring day. The weather was warm, and we stopped at a café on the way home. It was the only coffee I drank during the waiting time. 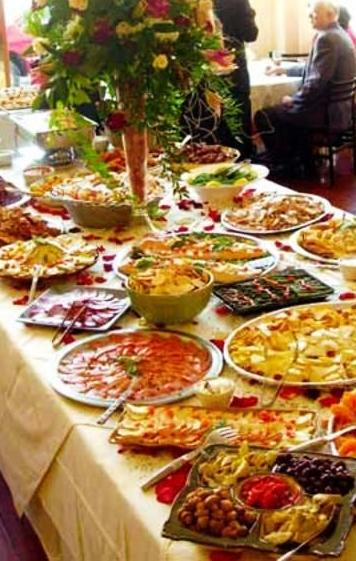 What is the best wedding food you’ve ever eaten?

17 thoughts on “The Portugal Years: Rock-a-Bye-Baby, the Waiting Time”